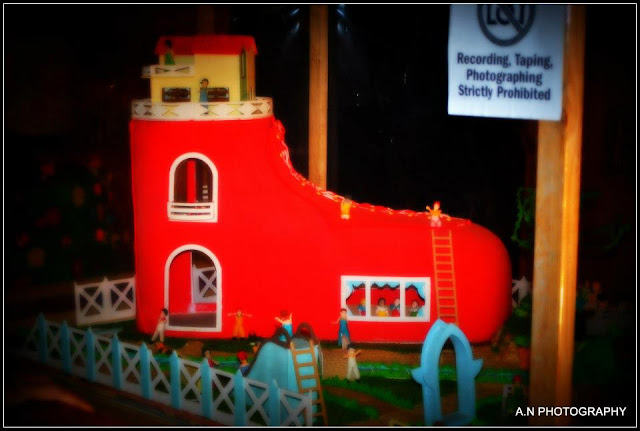 This is a repeat from the cake exhibition. But that is Red.

For more pictures from around the world please click here.
By ಅಶ್ವಿನಿ/ Ashwini 3 comments:

PS: If you are interested in having your Pappu Gappu jokes featured here please send them to nashys21@gmail.com.
By ಅಶ್ವಿನಿ/ Ashwini 1 comment:

Email ThisBlogThis!Share to TwitterShare to FacebookShare to Pinterest
Related to: Cartoon, Fun/Humor

To the city of sky scrapers - Part 2 [Fiction]


Mridula, Rahul's mom was packing a bottle of his favorite mango pickle, a packet of jeera Khakra*, some delicious home made laddoos as he was finding it difficult to decide on the pair of shoes he'd carry. Rajatha mausi brought a typical south Indian rasam mix which she had learnt after she settled down in Bangalore that is like about 15 years now. That mix was almost an instant recepie. She had also taken the pain of writing
down the steps Rahul need to take while he prepared it. When she was explaining this , Jhanvi his badi bua [Aunt] handed a set of hand-knit woolen gloves in the shades of blue [Again his favorite color].

An announcement jerked him up. "All passengers travelling by flight number XX1290 taking off to New York are requested to move to Gate number 2 for boarding." That was his flight and he had to leave now.

Waved his hands with a grin on his face as he reached the escalator. His eyes were moist as he alighted the escalator. There was a minor tumble. Rahul slipped a couple of steps. He made it safe after a gentleman held him tight by his arm.

Rahul: " Yes Sir. Heading to New York for a research assignment.By the way am Rahul"
Manikanthan: "That's Excellent. I have a company this time. And I am Manikanthan"

Rahul turned back to see if he could sight his family. Beep Beep. That should be Shipra. Yes it was. Before he could open the message a number started flashing It was Jhanvi Aunty calling. He received the call and responded in a jiffy as he boarded the flight..

He rushed to the inbox again to check Shipra's message.

" Sir please switch off your cellphones. All Electronic gadgets are to be shut down for a safe departure." - A humble request was made by an elegant air hostess.

Rahul had to oblige and so the message remained unread. 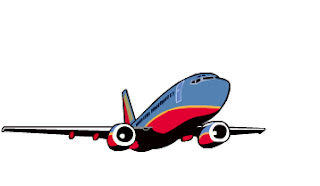 Notes: *Khakra is a snack similar to crepes but a little stiff in texture.
By ಅಶ್ವಿನಿ/ Ashwini No comments:

To the city of sky scrapers - Part 1 [Fiction]


Yes, that was the last time he had a glimpse of his entire family. Mist filled eyes, a heart pounding with emotions of happiness and anxiety , a spiked ache of leaving the dear ones to fulfill his dreams. That pretty much describes how Rahul felt as he stood on the other-side of the Departure Gate waving his hands after having checked in his two large suitcases at Bangalore International airport. He held his boarding pass and passport in his hands. Chetan, his best friend had come to bid a farewell and wish him luck. Shipra [Lets talk about her later] could not make it to the airport. "Damn the !^#&* airlines. All their flights depart at midnight or even weirdo hours." muttered Rahul.

Rahul's dad Randeep, a cloth merchant, hailed from a small town named Vidyapura . Rahul was the first one travelling abroad and it was definitely a prestigious event not only for the household but for the entire village. Kiran chaacha , Rahul's uncle was a learned man, it was under his supervision Rahul had reached this milestone in life. Mangala University sponsors a scholarship every year for the most deserving candidate. Rahul, a brilliant boy, had been unanimously chosen by the entire faculty and the board of directors, this year.

Standing there separated by a glass door Rahul recollects the events from the day his visa was stamped. He had less than a week to travel.

To be continued..
By ಅಶ್ವಿನಿ/ Ashwini No comments:

Pretty are the flowers. Especially the round ones. I love the contrast colored round circles in this one. 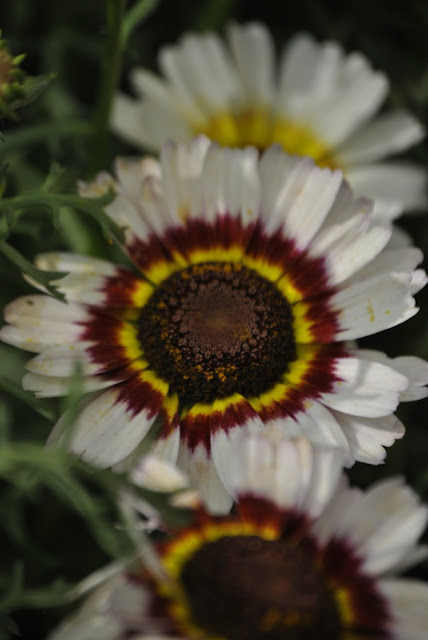 To view more on the theme please visit here.
By ಅಶ್ವಿನಿ/ Ashwini 6 comments:

I know I've been really lazy to put down some interesting stuff here. Just that I still want this blog to be on, I am kind of passing by with a comic strip here folks. I promise to come back with a fiction that is emerging in the background.

Till then enjoy this one. If you have some fresh bits that can go into the Pappu Gappu please send to "nashys21@gmail.com".
I will try putting them up in the series. I will make every wednesday a Pappu - Gappu Day. What say friends?

Email ThisBlogThis!Share to TwitterShare to FacebookShare to Pinterest
Related to: Cartoon, Painting/Art/Creative/Calendar-shot 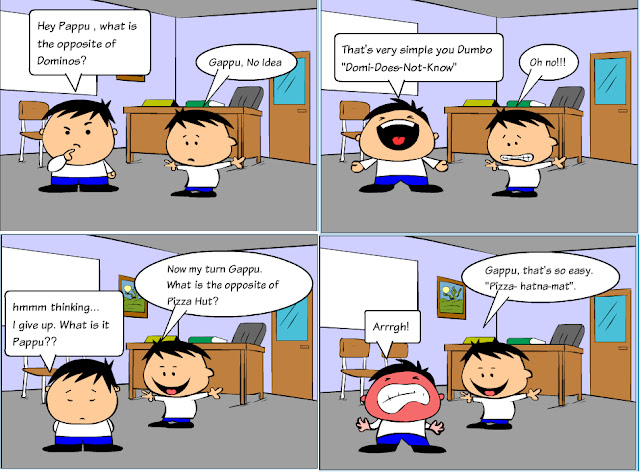